10 June 2015 Point Pleasant Beach USA/ Joan Barry holds a letter from her other great uncle, William, to Fr. Byles
Fr. Byles had been invited to officiate at the marriage of his brother, William, to Miss Isabel Katherine Russell of 119 Pacific Street, Brooklyn. The ceremony was due to take place at St Augustine’s Catholic Church, Sixth Avenue, Brooklyn, on April 21st, 1912. His initial booking had been with the White Star Line but due to industrial action he was unable to sail so at the last minute his ticket was transferred and an alternate berth secured upon a new ship, Titanic. Father Thomas Roussel Davids Byles (26 February 1870 – 15 April 1912) was an English Catholic priest who famously remained on board the RMS Titanic as she was sinking after colliding with an iceberg, hearing confessions and giving absolution. / Michael Glenn For the Monitor 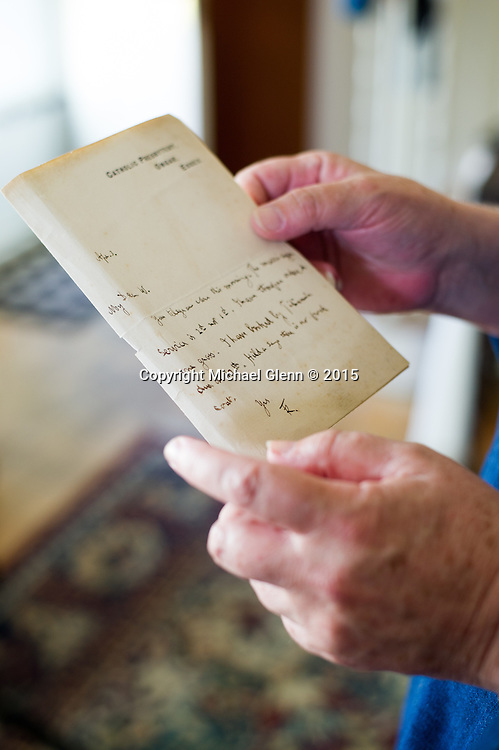